The only thing James has never predicted growing up was that he would be working under such a fucking asshole of a boss. To make matters worse the boss is a she. Not that he'd have a problem working for a woman, but she's a real fucking cunt. She always belittles him in front of everyone and takes out her anger on him. One day she says something that sends him over the edge, and sends her into the punishment zone. 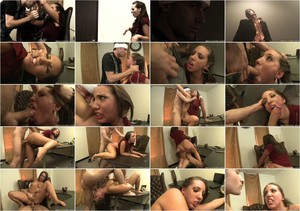