Nikki is arguing with her ex-husband's, Robert's, partner about the studio they owned together and train at. Nikki says since Robert owned 60% of the shares, she is basically his boss now. Robert's partner says it's never been like that between them and that they were always equal. Nikki doesn't feel they are or that she should be equal to him, and won't come to a fair agreement. 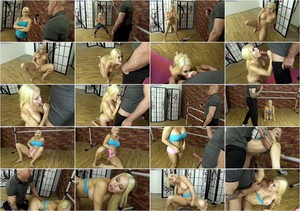